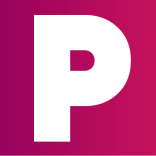 Q: My daughter was born with an extra finger attached to each little finger. They were both very small but each one had a fingernail. The doctor cut both off shortly after birth in a simple, painless and quick operation and there have been no side effects at all. In fact, now at seven months old, she has developed into a happy, healthy baby and I can honestly say I have no worries about her at all. I wonder if the same could happen to my future children. Please advise.

When a child is born with extra fingers and toes, the condition is medically known as polydactyl. Though it is one that worries mothers when they first hold their baby and notice more fingers and toes than the normal ten, it is a condition that is easily dealt with at birth. About five children in 10,000 are born with an extra finger or toe. In some babies, the extra finger or toe appears fully formed, while in others it is just a little stump. The presence of an extra finger or toe can range from just an extra nub of f lesh to a fully formed finger complete with bone structure. Polydactyl presents itself as a poorly developed finger that can be removed easily as it lacks bone structure. It may also present as an almost fully formed finger that can be retained and even be functional.

Pre-axial polydactyl is most common among children from the Asian continent. The extra digit is on the large side of the hand or foot. With this type of polydactyl, other inherited abnormalities are also present, for example, the fusion of the skin between some of the fingers and toes.

Isolated post-axial polydactyl is common with children from other regions of the world. In this type, the extra digits are positioned next to the smaller finger or toe side. Polydactyl is, in most cases, caused by genetic factors and can occur in both male and female. Children whose parents have this condition have a 50 percent chance of acquiring it. Using this information, it may be possible to trace a family’s history by tracing the possession of extra digits on the hand or foot.

To remove the extra fingers and toes, doctors opt for surgery. The operation is a simple one done under local anaesthesia, and once the area has healed, the children will have no other problems. Extra counselling is important particularly for teenagers with extra fingers or toes that were not removed at birth. They also require supportive attitude from their parents to accept their condition.

Surgery may be necessary when an extra toe that was not removed at birth causes problems with getting shoes to fit. If you cannot have an extra finger or toe removed, doctors recommend taping it up to the next one. This not only makes it less obvious but also easier to put on shoes and gloves.

How to child proof your kitchen

Although having an extra finger or toe can be awkward under some circumstances, it should not actually impair a child’s ability to do things for himself, as this condition is not a disease and the extra fingers or toes are not painful in most cases. As the children grow older and go to school, they may feel self-conscious and suffer from teasing by other children. The psychological aspect can be harder to handle than the physical feature. For that reason most parents opt for surgery.

Parents may be concerned about their child’s ability to use his hands and feet. For most children, surgery corrects the condition and allows normal use of the hands and feet. In most cases, polydactyl correction surgery is usually performed when the child is between the ages of one and two years, but it can also be performed on older children.