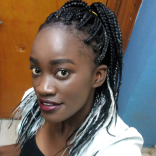 7 ways to prevent tearing during childbirth

Asking your woman to be your wife is usually one of the most nerve-wrecking things a man will ever do in his life and as a result many don’t propose early. This is because, even though you know she will say yes, there’s always this lingering doubt at the back of your mind that maybe she doesn’t want to spend the rest of her life with you. In the event that she says no, it can be a tough blow to your feelings and esteem.

It’s fairly easy to tell whether your woman will say no to your marriage proposal. Below are some of the signs to look out for.

She hasn’t said she loves you

Most women share their feelings and will express their love for you at some point in the relationship. If she has never said she loves you or hasn’t done anything to indicate the love, it would be best to ask first. Don’t assume.

She hasn’t dropped any hints

Women usually know whether they want to spend the rest of their lives with someone after a couple of months or a year in a relationship. If they have already figured out that part and are ready, they will start dropping hints and you will know. They may initiate more conversations on marriage and engagements or ‘accidentally’ leave a wedding magazine open on the table with a wedding gown in full sight.

They may also just start saying they aren’t getting any younger and need to start settling down, cue for marriage. If you haven’t noticed any of these signs, just ask what they think about marriage and settling down in the near future.

She doesn’t include you in her future

READ ALSO: Things to do if your husband loses his job

If she has expressed feelings of never getting married, chances are she may say no. Some people have traumatic experiences from seeing their married parents struggle with their marriage, or  just have misgivings about the institution of marriage. Ask her first to see whether she has had a change of heart since meeting you or reconsidered her stance.

Here is why he is taking too long to propose

Has not introduced you to friends and family

When a relationship becomes more serious, women may arrange meetings with their parents so you can get to know each other more. If you still haven’t met the parents or extremely close friends, it’s a tricky situation.

However, in rare cases women only bring men who have proposed to meet their parents and won’t do so if it’s only just dating.

The relationship is on its death bed

If the relationship is in its final days before you guys call it quits, don’t propose. A proposal will not make anything better and will not rekindle any dying embers. There is a very high chance she will say no.

Why feminism is good for men

7 ways to prevent tearing during childbirth

PROPOSAL ON THE FIRST DATE