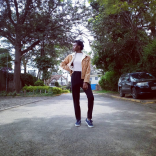 Tuju: I broke 13 ribs, had internal bleeding and head injuries

A lack of cultural pride is becoming increasingly apparent in Kenyans. People did not take it well when NYS scandals suspect Philis Ngirita lamented about her child’s inability to speak proper German. This all came about when the government froze her accounts and she decried her inability to afford her son fees for prestigious school.Most people took this to mean she was not in touch with the common mwananchi, and that she implied speaking the local languages was a tad low-class.

Even then, there are parents who have forbidden the speaking of mother tongue in their houses, and will do anything possible to make their kids cut ties with anything remotely rural.But it is important that children have a good sense of where they come from, and a positive cultural identity. How can you instill this cultural pride in your children?

It is not inferior

Having your child learn a foreign language gives them an upper hand when applying for jobs or schools abroad. However, you should in the same breath teach them that their own language is not inferior. That would be akin to mental slavery in the words of famous writer Ngugi wa Thiong’o.

It is important for them to understand that only speaking in their mother tongue does not mean someone isn’t as smart as their English speaking counterparts. The same goes for mother-tongue influenced accents, food or dress.

Yes, they will learn about it in Social Studies, but that doesn’t really carry its deserved weight. Make a point to teach your kids about the sacrifices made by our ancestors to maintain our cultural identities. It would be in vain if all of it got diluted or erased in a bid to assimilate into western culture.

The material is there, although not plentiful. Thanks to modern technology we can get traditional literature in soft copy as well. While on this mission explore cultural icons with them- people they can have as role models.

They come in form of freedom fighters, writers, musicians, athletes, teachers and many more. Make trips to the national museum and art galleries and have their little minds soak all that knowledge up. 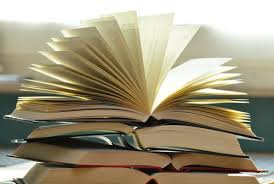 How to perform CPR on an infant

Visit the country side

There’s no better place to learn than on the field. Your kid’s grand parents would be pleased to teach them their language and culture. They can also practice on other relatives and friends they make there. They might get taunted for a few mispronunciations here and there, but applaud their efforts.

This experience also helps them understand their privilege because they get to see a different world from which they live.

Too much pride can also be toxic. Our native languages do bring us together but it could be for the wrong reasons. Kenya saw this first hand during the 2007 post election violence. You should feel pride in who you are but remember not to let the differences cause apathy.

For instance, do not use the fact that you know a different language to bad mouth others in front of your kids. It sets a bad precedence.

Mindful eating: How to moderate your eating

Tuju: I broke 13 ribs, had internal bleeding and head injuries