Bryan Chesoli is an award-winning social entrepreneur whose life’s work revolves around his passion to empower young people to be agents of change by coming up with creative solutions for Africa’s challenges. He speaks with HARRIET OGAYO on turning his passion into purpose and his vision for the African youth.

Twenty-seven-year-old Bryan Chesoli would like everyone he comes across to be aware of the potential they have to be changemakers in their communities. It is his ultimate vision that young people, especially, dream big and come up with ways they can impact their communities positively and have that effect trickle down, inspiring more change makers dealing with issues that arise from how the system operates.

In this regard, he works with Ashoka East Africa, a global organisation whose aim is to identify and nurture changemakers in their journey. His work as a youth programmes leader is to ensure that the growing up experiences of children from age 12 to young people below 35 are transformed. To achieve this, he works closely with socialising agents such as the government, teachers, parents and young people themselves across the region.

While he is downright certain of his passion and purpose, it took him rising from a dark place to realise that this is where his passion lies.

“Growing up, I wanted to be a matatu conductor because I found it exciting but that idea was quickly replaced by expectations that I should aspire for the big five careers. However, I wasn’t an A-student which automatically had me relegated me to an average student and this did not do well for my self-esteem,” explains Bryan at the start of the interview.

The constant reiteration of this fact dug so much into his self-esteem that at the cusp of his teens, he started suffering from depression. Unable to come to terms with this, he attempted suicide twice and was about to try again the third time while in form two when his mother found his suicide note. Deeply disturbed, she expressed her concern and gave him a copy of The Purpose-driven Life by Rick Warren.

“I didn’t finish the book but after reading the first few chapters, I started to understand that I had a ‘why’ or a purpose which helped me to start shifting my way of thinking. I went back to school with a renewed mentality planning to follow through with my goal of becoming a lawyer, although I still battled some of the issues I had previously,” states Bryan.

Although things seemed to be looking up, an even bigger hurdle awaited him. While in form four and the school captain, he was suspended after an unruly group of students burnt down a dormitory. With this incident keeping him out of school for a great chunk of his final year, needless to say, his grades took a hit and with it his lawyer ambitions. He thus settled for a degree in geography and environmental studies, which he undertook at the University of Nairobi.

On admission to university, he joined AISEC - an international non-governmental and not-for-profit that provides young people with leadership development, cross-cultural internships, and volunteer exchange globalist experiences. According to Bryan, AISEC was his saving grace.

“Through AISEC, we would go to informal areas to help out and empower other young people who did not have the opportunity to go to school and help them establish community-based organisations (CBOs) that tackled their issues. This was an enriching and eye-opening experience,” shares Bryan.

While in his third year in university and having consulted for the youth organisations in the informal settlements they visited, he realised that students could do consultancy work, yet they did not get opportunities to do so. He also realised that he enjoyed the process of consulting, albeit informally, and it additionally helped him build his confidence.

This birthed the idea for his start-up - Youth LITE - with an aim of equipping students in institutions of higher learning with necessary skills for the job market through consulting for organisations.

“The aim was simply to ease the transition from university into employment. I discovered that empowering other young people was my ‘why’ so I ran with it. I gathered a few of my peers from AISEC who were brighter and could bring in diverse views and we formed Youth LITE. Naturally, we did not have a proper finance model in place but fortunately, my aunt offered to register it for us pro bono,” he expounds.

Soon enough, they hit the ground running, tapping into their networks from AISEC to find organizations that were willing to give students a taste of the workplace by having them work as consultants. While starting out back in 2013, their first clients were banks around the city centre and as Youth LITE, Bryan and his team would call for submissions of proposals for their client’s projects. The team of students whose projects stood out then got a chance to work with the client on a paid basis, after which Youth LITE would also get their commission.

Despite being students with no prior knowledge of running a business, several organizations took to the idea and not only were they able to incorporate more institutions into the programme, Youth LITE also enabled a good chunk of students secure employment. Notably, they won several competitions that boosted their finances through grants, including an Ashoka grant and fellowship. According to Bryan, it is all thanks to the fact that they were tackling an issue that plagued many young people and organizations could not help but see the value that Youth LITE created.

Although a great initiative, after about five years of operation, Youth LITE closed shop owing to financial challenges for the most part.

“Our financial model was not sustainable because we could not rely on grants, which I have also observed with many start-ups. Aside from that, I started it with the aim of it being student-led and usually, the student leads would get employed by the clients which affected the output. The other issue was that with students, there was a level of professionalism that lacked in some cases which affected the projects,” states the 27-year-old.

Nonetheless, he is proud of the milestones that Youth LITE has achieved such as having established a one-of-its-kind programme that enabled thousands of students get hands-on work experience while still in school, as well as shifted people’s mindsets on crowdsourcing. He is also cognizant of the fact that creating a community of students to bring his vision to fruition is no mean feat.

Besides that, receiving positive feedback from clients and students who have benefited from the programme is proof that it is still a viable idea that may be reinstated on a bigger scale to reach university students countrywide.

While he has received several accolades including the Ashoka Africa Youth Champion, the Queen’s Young Leaders awards and commendations from the UN, he emphasizes that people who are seeking to be change makers should not view awards as the ultimate goal but rather use them as platforms.

“Awards do not amount to impact. As a change maker tackling systemic issues, it is more important that your social enterprise triggers other people to also become change makers, finding unique solutions to their challenges,” remarks the 27-year-old.

For Bryan, there is no doubt that passion is a prerequisite for achieving one’s dreams. At the moment, he is living his after he was selected to be the youth programmes leader for Ashoka as they had taken note of his efforts early on. Prior to that, he had also worked as a youth advisor with the MasterCard Foundation, which focuses on finding solutions to Africa’s youth unemployment challenge, which Bryan is adept with. Consequently, it has opened him up to more opportunities to work with other young people doing remarkable things and sharing ideas. His excitement is palpable as he describes the amazing projects that he has witnessed across East Africa.

Passionate about youth empowerment, Bryan acknowledges that unemployment is a global problem and encourages young people to find homegrown solutions to fight systemic challenges that manifest as youth unemployment. He also encourages those who believe in their ability to be agents of change to carefully survey the challenges around them and once they find a solution, simply start effecting it.

As he and his team at Ashoka work towards inspiring change makers, Bryan urges those that are in positions to influence young minds to take up the challenge earnestly.

“Parents and teachers should move from the traditional way of doing things and adapt change making skills as opposed to putting emphasis on titles. As children grow up, they need to be taught skills such as critical and creative thinking, connecting with people and team building skills. It is very important that they are made to understand what change making means and enabled to feel powerful enough to spark change,” he concludes.

This article was first published in the January 2020 issue of Parents.

Monkeypox can be contracted through close contact with an infected individual and has an incubation period of between 6 to 13 days. 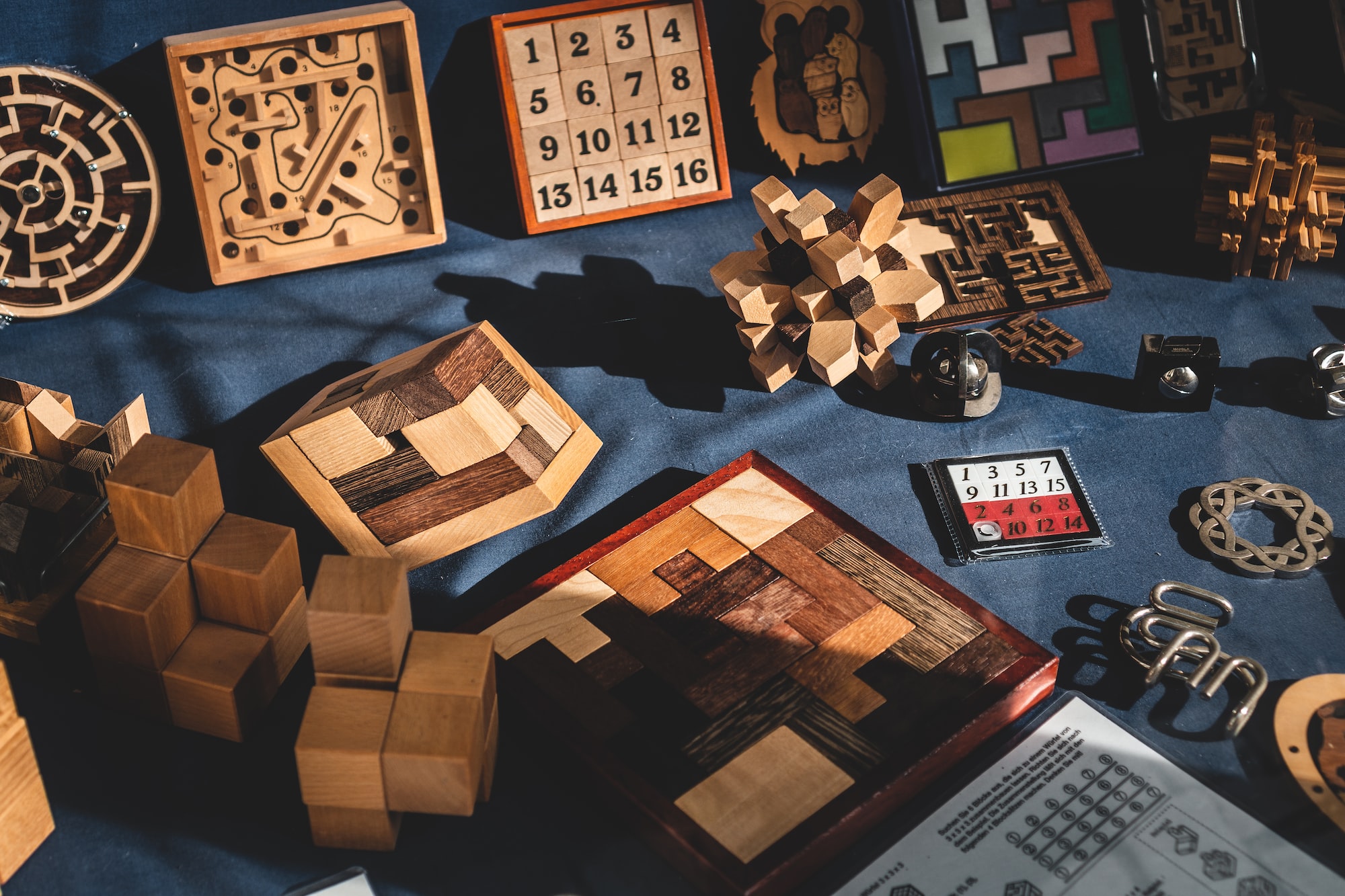 Games can increase your IQ, focus and memory and slow age-related cognitive decline and dementia.