Walking around most malls in Nairobi, you will not miss the neon lights that direct you to the Lintons Beauty World stores stocking an array of beauty products. Founded by Dr Joyce Gikunda, the Lintons brand dates back two decades ago when Joyce opted to study little-known pharmacy degree. She had no idea then of the possibilities the course held for her future and how it would come in handy.

Brought up by a stay-at-home mom and a dad who was a teacher, Joyce saw them tend to their coffee farm with utmost diligence and consequently pay their school fees from its proceeds.

“When each of us got to standard seven, we got a portion that we were responsible for but then, I felt like it limited my time with friends. Now, I realise that it instilled in me values which I uphold to date,” says Joyce, now in her 60s.

After her high school and O-levels studies at Kaaga Girls High School and Alliance Girls High School respectively, her father wanted her to take up teaching, but she was more inclined to agricultural development and veterinary medicine. However, by a stroke of fate, the registrar’s office lost her letter and when she went to inquire, she was informed that she would be assigned to study Bachelor of Science at Makerere University as her grades permitted.

As plans were underway for her to proceed to university, she found out that she was expectant and thus opted to remain in the country. She also had to settle down into married life. Her next course of action was to seek admission at a local university, that is, the University of Nairobi. Lucky for her, the second cohort of pharmacy students was being admitted and she got a spot, despite having no clue what this new course entailed.

During her five-year course, alongside raising her children and taking care of her young family, Joyce recalls that she had to learn how to multitask which was very taxing, to say the least. However, she persevered through hard work and after finishing school, she got a job with the government.

A few years in, she and her husband decided to supplement their income as their family was growing and brainstormed about a venture that would do just that. Digging into their savings, the couple opened Tropical Pharmaceuticals in Buruburu in 1983 where they employed someone to run it on weekdays while Joyce ran the business in the evenings, holidays and weekends.

“The pharmacy business was then very lucrative and I think there was only one other African in that business; the rest were Asians. It was an intimidating move but our entrepreneurial spirit took over. To date, I’m the biggest advocate for multitasking because I know you can still dedicate your time faithfully to your employer and still have your own venture,” she offers.

In 1988, a friend informed them that someone was selling a run-down pharmaceutical and veterinary store in Nairobi’s Mama Ngina Street, which they bought and consequently closed Tropical Pharmaceuticals.  After a cumulative experience of nine years in employment and having created networks, she quit her job to focus on rejuvenating the pharmacy, which thus began their journey as Lynton’s Pharmacy.

“We knew we had to give it our best shot as people were skeptical about Africans running the business. We even had to convince the landlord, who was African, that we would not let him down,” she recalls laughing.

Her husband, a marketing professional with experience in a multinational corporation, took over the financial aspects while she concentrated on the technical side, dispensing and offering consultation.

“I thank God that he was also equally invested in the business and we both allowed each other to thrive in areas we were good at. My networks also helped me get goods on credit,” says the pharmaceutical professional.

While the transition from government employment to self-employment is daunting, this was not the case with Joyce as she felt she had adequate experience after nine years of employment. “Thinking about it now, I was probably ready after five years but that fear of stepping out is what held me back,” she shares.

A few months in, they decided to drop the vet side and concentrate on the pharmacy and after a while they noticed that women came in seeking beauty solutions. They then stocked up the counters that previously had vet products with cosmetics and skincare products such as Neutrogena and Roberts Skin. Her business served to ensure women could not only buy beauty products that suited them, but also get professional consultation.

Although business was picking up, some of her lecturers came to the shop to air their disdain. “They paid me a visit and told me I was diluting the profession but after seeing the impact we had on the women, I knew I did not waste my training. This actually influenced them to incorporate business training for pharmacists in schools,” she says.

As the pharmacy gained popularity with women, especially due to its favourable location, it also attracted the attention of the Hilton Hotel manager who wanted them to set up the same business model at their premises. In 1996, they set up their second store at Hilton, a testament to their growing fortunes.

On seeing the potential of the cosmetics side of the business, she started looking for ways to delve deeper into the beauty industry. “One of my biggest weaknesses, which sometimes is a strength, is that I act on impulse when I am passionate about something. I don’t calculate the profits first, I start by faith believing that if I do something consistently, it will pay off and it has,” says Joyce adding that to her, she was simply experimenting.

Determined to revamp the business, she started writing to cosmetic companies seeking partnership as a stockist. This saw her visiting various countries in a bid to meet with products’ suppliers. Despite her persistence, most turned her down, as they were not ready to open new markets in Africa.

Undaunted and determined to give her clients variety of products, Joyce decided to become a briefcase vendor in that she would purchase some of the products at retail price and then stock them in her shop. This was after acquainting herself with how the products worked.

Her fortunes started changing in 2006 when representatives from global cosmetics companies heard of Joyce’s business and on meeting her, expressed their desire to have an exclusive cosmetic store. Thankfully, Westgate Mall was opening its doors the following year, which provided a suitable location for the organisation. In 2007, she opened the first stand-alone beauty shop named Lintons Beauty World and sold off Lyntons Pharmacy.

As time went by, she started getting requests from renowned cosmetic companies to have their products stocked at her stores. Currently, Lintons stocks some of the biggest cosmetic brands such as Nimue, Black Opal and MAC among many others. It is with this in mind that she urges those who are in similar businesses to learn the basics of skincare so as to be able to offer the best to their clients.

Now, over two decades in, 22 stores later and the official MAC Cosmetics franchise holder in the country, Joyce attributes the success of Lintons Beauty World to her family, starting with her husband.

“Having been in the pioneering classes, we missed out on some important aspects of running a business but I’m glad my husband’s expertise and encouragement came in handy which I believe has kept us running this long,” says the seasoned businesswoman.

Besides the support she has received from her husband, she is happy that one of her children has joined the business and this will most likely play a part in the longevity and continuity of the business. She believes that businesses should always outlive the founders. Her two other children also lend technical support and form part of the decision-makers.

And while she acknowledges that raising a family alongside running a business is a tough act of balance, she urges women to ensure that their priorities lie towards their families, lest they miss out on some precious moments.

At the moment, Joyce has ventured into training others and just two months ago, Lintons Academy, a subsidiary of Lintons Beauty World, held its first graduation ceremony, inducting a cohort of trained professionals into the beauty industry. The idea to start a beauty school, she says, started taking root in 2012 when she saw the need to create lasting impact.

“We started the academy with the aim of training people for our stores but after a while we decided to train more and we currently offer a three-month programme that churns out globally-recognised beauty professionals,” she says of the academy’s vision.

This article was first published in the January 2020 issue of Parents.

Kenyans will now be able to purchase Fenty Beauty products from Lintons Beauty beginning May 27th 2022 according to information from the company's social media pages. 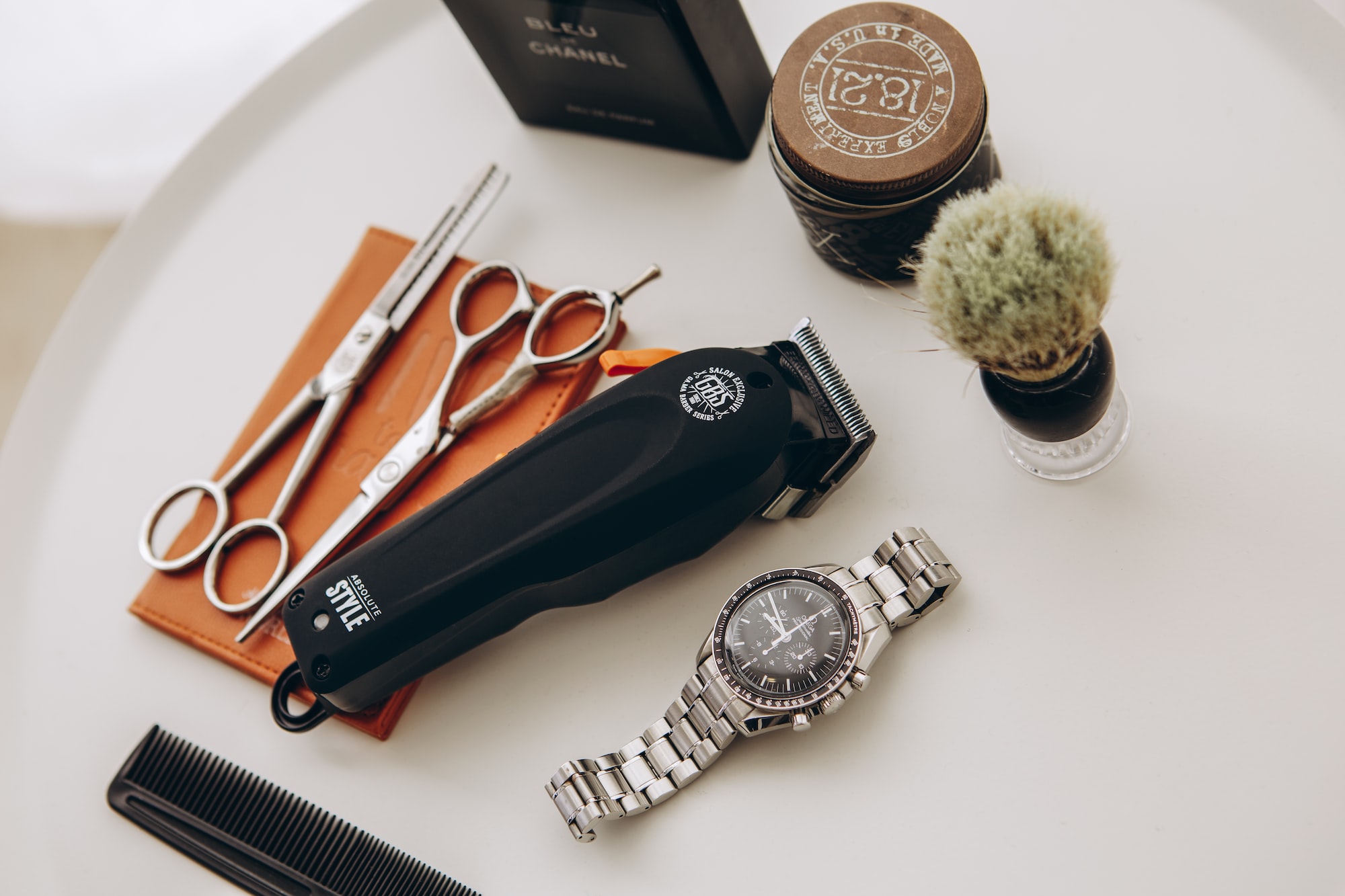 As much as everyone has their lives to lead, it is important to remember that we are not islands. Therefore grooming becomes a show of concern for others who are likely to share a space with you

Thinning eyebrows can be difficult to deal with. Luckily, there are a few ways to manage the issue.