As the world continues to grapple with the effects of the COVID-19 pandemic, a silent pandemic has been brewing silently and ravaging populations worldwide albeit at a slower rate as compared to Coronavirus; that of drug and substance abuse. According to statistics released by the United Nations through the UN office on drugs and crime, about 275 million people used drugs worldwide in 2021 while more than 36 million people suffered from drug use disorders.

Even more aggravating is the fact that the problem cuts across all ages with drug use among children being on the rise in the last ten years. In 2019, a local media house ran a mini-feature on its Youtube channel titled The Young Givers: Inside the lives of Underage prostitutes, drug dealers, distributors. The feature was based on interviews conducted in Nairobi’s Mukuru Kwa Njenga’s slums. The youngest interviewee was a seven-year-old boy who confessed to sniffing glue which was easily available to him.

While this was rather shocking, a more dumbfounding revelation came in the form of a report released by the National Authority for the Campaign Against Alcohol and Drug Abuse (NACADA) in partnership with the Kenya Institute for Public Policy Research and Analysis (KIPPRA) in 2019 that showed that children as early as four years were using drugs.

The data further revealed disparities in the patterns of use among rural pupils and urban pupils with alcohol being the most abused drug among primary school children in rural areas. According to the report dubbed 7.4 % of children in the country’s rural areas had taken alcohol in their lifetime or were still using it at the time of the survey which was conducted in 2018. This was 1.6 % higher than children in urban areas. Perhaps this is to be expected in a country where news of women protesting the sale of illicit brews in the villages has become the norm. 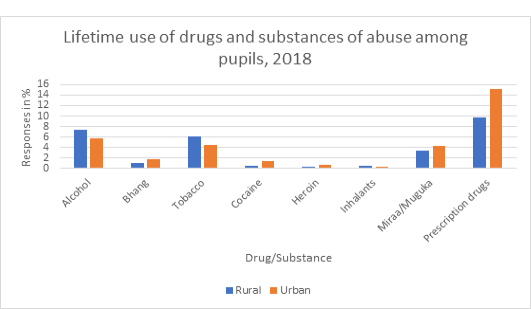 Figure 1: Survey on Drugs and Substances of Abuse in Primary Schools in Kenya (2018)

In a rather unexpected twist, the findings of the study indicated that while children felt it was easier to access drugs in urban areas than it was in the rural areas, rural school children felt that it was easier to obtain bhang, cigarettes, inhalants, miraa and prescription drugs compared to their urban counterparts. On the other hand, it was way easier for students in urban areas to get hard drugs like Cocaine and heroin than it was for their counterparts in rural areas.

Interestingly, children in urban areas were more aware of the harmfulness of drug and substance abuse than were their counterparts in rural areas. The level of awareness decreased by age such that those in the 8-13 age bracket were less aware than their older counterparts. The study also revealed that most children in urban areas were not aware that prescription drugs can also be abused.

Figure 2: Survey on Drugs and Substances of Abuse in Primary Schools in Kenya (2018)

Not surprisingly, most of the pupils revealed that drugs were mostly obtained outside the school environment and mostly in kiosks and bars near the school environment. However, the study also found that the home environment increased the likelihood of drug use in children. For instance, children in homes where both or one parent used drugs were more likely to use drugs. This was also observed in homes where children did not have a good relationship with their parents.

Curiously, students in rural areas are more likely to experiment with drugs at a much younger age as compared to those in urban areas. For example, the average age for all drugs was 5.8 years compared to 9.3 years in urban areas. This means that chances are high that a child in a rural primary school has already experimented with a drug or substance by the time they are getting to grade three.

Following the report, NACADA in partnership with the Ministry of Education placed measures to prevent drug and substance abuse among primary school children. Some of the measures included shutting down bars and entertainment joints that are close to schools. Unfortunately, it appears that the problem has persisted even with the measures. Parents in Molo sub-county in Nakuru County recently raised an outcry that children in primary schools were still using drugs. Unfortunately, it is hard to get any statistics as there hasn’t been any recent study on the issue.

What about street children?

Yet another gap in the data available is the fact that most of it is based on research conducted in schools thus eliminating children outside schools. This is despite the fact that drug use is rampant, especially on the streets. For instance, according to Jane Wanjiru, a social worker, formerly working with Koinonia community, an NGO organization that works with street children, almost every street child uses drugs due to ease in availability and affordability compared to food and shelter. Moreover, in the harsh environment of the streets, drugs offer a quick escape for street children. According to her, even young babies are fed drugs by their parents who may or may not know what they are doing with the most abused drugs being jet fuel and glue. The effects are that such children are behaviorally affected and some even become thieves as they try to raise money to sponsor their next fix.

In the past five years, the state, through the national government and the county governments, has thrown its weight behind the fight against drug and substance abuse mostly by ensuring that there is an infrastructure to enable the rehabilitation of drug users. In 2021, the Ministry of Health announced plans to establish a regional assistive technology Center of Excellence in Kenya that would have a one-stop-shop for rehabilitative services with a rehabilitation school and a manufacturing unit for assistive devices. While this is commendable, there is a need to boost data collection and research on drug and substance abuse, especially among children to ensure that available data is up-to-date. Institutions of higher learning should also take up this challenge to enable development of tailored solutions from what the data says.

Pillars of resilience: when to be engaged

All you need is love!