I first heard about the Chyulu REDD+ carbon project in 2017 when it was officially launched. As an environmental scientist, the project immediately sparked a feeling of longing in me. I wanted to see for myself exactly how the project is run and its impact.

Fast forward to 2022 when I bumped into a post by Conservation International on LinkedIn about the project’s positive impact on the communities living adjacent to the project area. One of the positive impacts of the project was ensuring bright students from the community transitioned to a higher level of their education. I requested to write about the project on the condition that I visited the site where the project was being implemented. As if the universe was listening, I was granted a chance by Wildlife Direct (the non-governmental organisation well known for advocating for the conservation of elephants) to tour this region with students from Princeton and Columbia University.

While driving to this location, I was met with the usual, sparsely vegetated, dry lands along the road. As a result, I did not expect any better since the direction we were headed in is categorised as semi-arid. However, this was not the case when we reached our destination; the Chyulu Wilderness Camp which is located in Kuku Group Ranch.

Unlike the places we had passed, this location was lush and teeming with life. The amount of greenery was to behold. Not to mention the coolness that came with it.

I spoke to Naomi Kemei the communications consultant for the project just to understand how this project came to be. She shared that in 2013, the Maasai Wilderness Conservation Trust (MWCT) and other partners sought to increase conservation efforts of one million acres of land in Chyulu and reduce the degradation that was driven by human-induced factors and the prevalence of poverty. One of the options available was the Reducing Emissions from Deforestation and forest Degradation (REDD+).

REDD+ is an approach that was introduced in 2005 by the United Nations Framework for Climate Change (UNFCC) targeting developing countries to encourage the conservation of forests as a key component in regulating climate change. 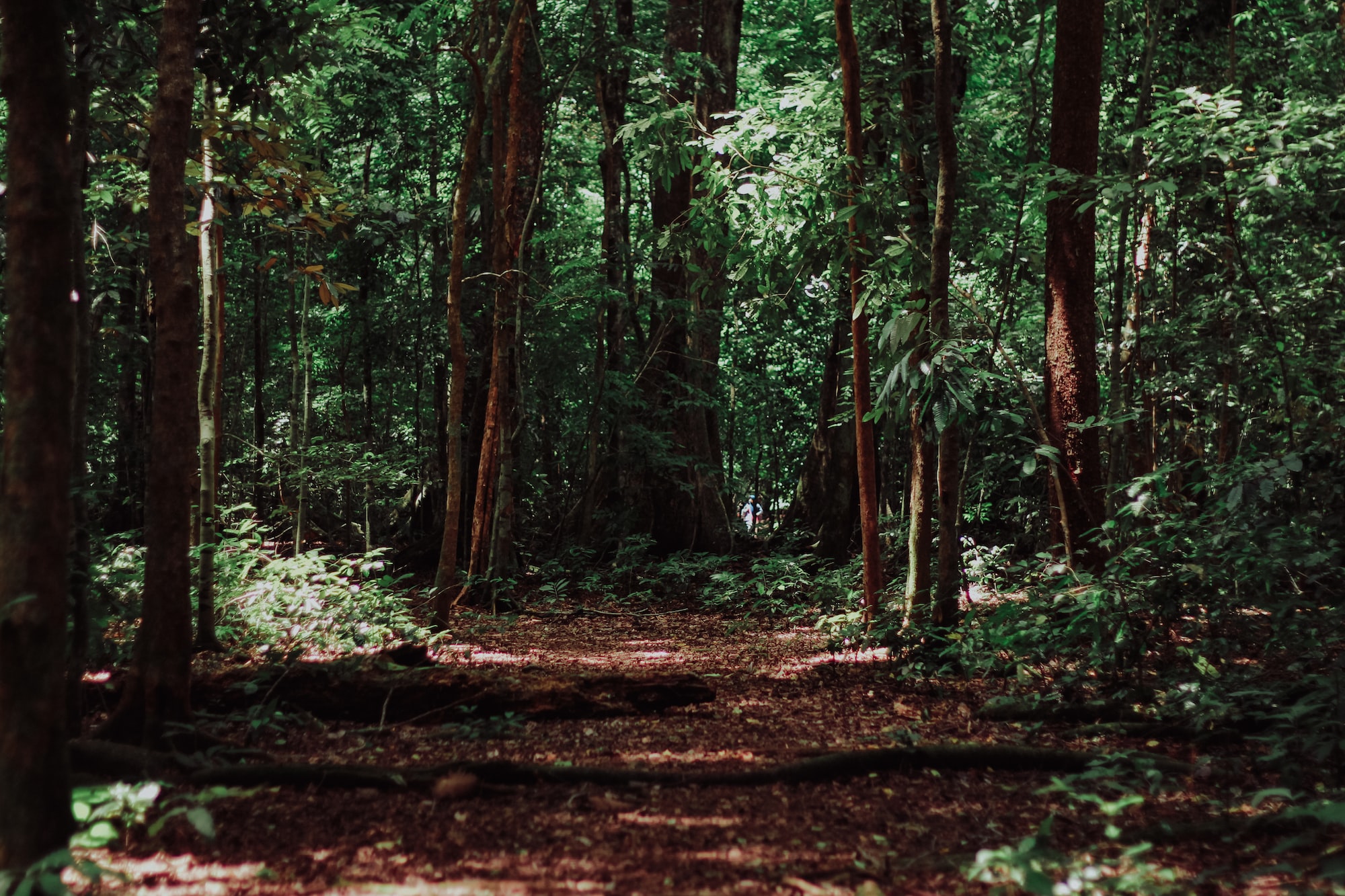 Consequently, qualifying the intentions of the partners to conserve forests that are found in Amboseli, Chyulu and Tsavo ecosystems. These ecosystems according to Naomi are critical to the survival of key wildlife species like elephants, and the steady flow of Mzima springs which originates from the hills and supplies water to the whole of Mombasa County. At that time the ecosystem had been experiencing a lot of interference including felling of trees, illegal poaching and hunting of wildlife.

These illegal activities led to the degradation of the environment and as a result, the community could not get fodder for their livestock leading to worsening poverty. It also meant that parents could not educate their children and they could not relish in their pastoral lifestyle due to the drought.

Therefore, following years of planning and consultation, the REDD+ carbon project of Chyulu was launched in 2017. The project covers an area of  410,533.84 ha, and has been credited under Verified Carbon Standards and Climate, Community and Biodiversity Standards. The main aim is to stop deforestation, forest degradation and grassland conversion and thus deliver a climate change mitigation benefit of 18,452,476 million tonnes of CO2 emissions within a period of 30 years from 2014. 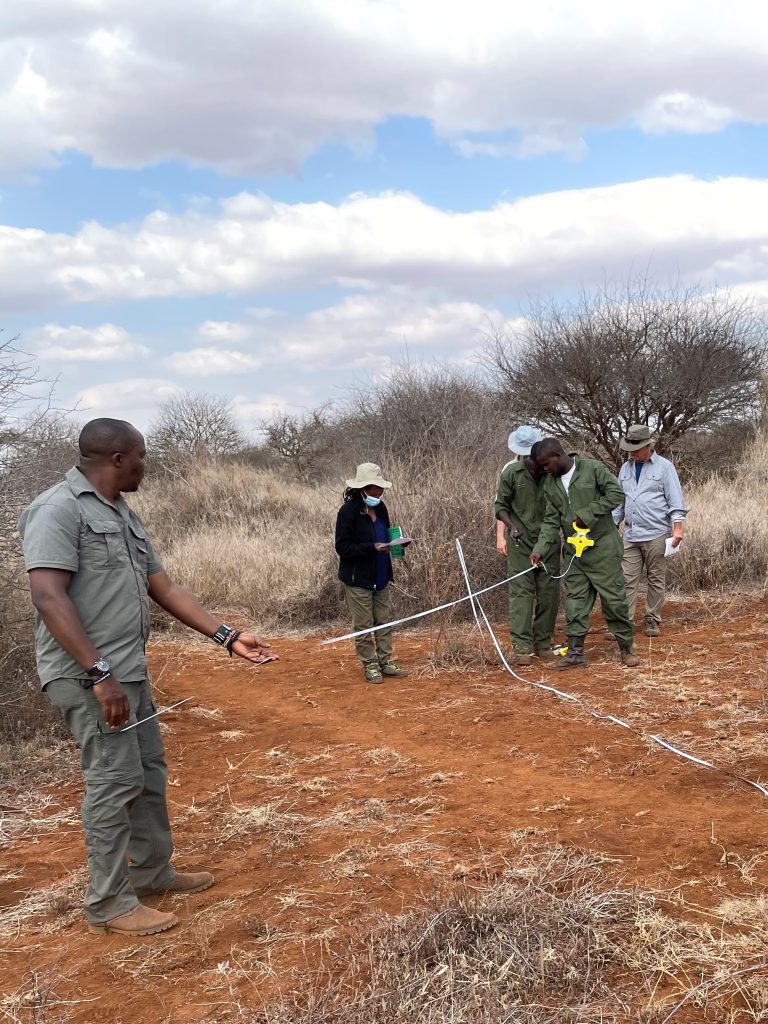 Once the carbon credits hit the voluntary market, companies like airlines and players in the hospitality industry were presented with the option of offsetting their carbon footprint. How this works is, companies and organisations buy the credits to enhance the conservation efforts of the forest/landscape. The forest in return sequesters carbon dioxide, which is a major contributor to climate change, from the atmosphere.

These conservation efforts of the landscapes and cloud forests were evident as we drove through the conservancies on our way to one of the hills. There were close to zero cases of interference in the ecosystem by the local community. The cloud forest on the other hand was a haven to regard with its trees stand majestically and swaying to the rustling of their own leaves knowing their existence is secure.

Since the launch of the Chyulu REDD+ carbon project, community participation in conservation has increased, now that they can feel the benefits first-hand. The community has shunned habits such as the unnecessary cutting of trees. Women in the community are actively involved in landscape restoration.

Due to the pastoral lifestyle led by the dominant community in this area, the health of the landscapes declined. This was caused by the livestock that would frequently nibble on the little grass that covered the soil leading to its depletion. This led to further damage on the soil and alterations to the soil composition. Meaning the soil became unproductive and, could not support activities such as farming or even the growth of more grass that is required by their cattle.

Therefore, some of the women in the community formed a group through which they planted native grass that in return restores the degraded land. The women used skills gained from capacity building forums that had been organized by MWCT and its partners.

Besides equipping the women with the necessary skill to carry out the restoration process, the forums also taught the women how to turn the restoration process into a business venture to secure their financial freedom. The grass they obtain from their small parcel of land is sold to livestock owners thus earning them an income. They also harvest the seeds which they sell to other groups that would like to start landscape restoration ventures of their own. Recently, the women invested part of their earnings in a beekeeping project to boost the earnings from their grass selling venture.

Jackson Saigilu a 15-year-old form three student was glad to share how his mother’s involvement in the projects has ensured that he goes to school. The fourth born of six who is a student at Makueni Boys high school said that he has never missed school due to school fees arrears and he credits his mother for that. This was not the case for his older siblings who couldn’t attend school because their parents could not afford it. As a result, his older brothers became cattle herders while his sister settled in marriage.

Away from education, the project has helped women change the quality of life for their families. For example, the chairperson of the group has constructed an iron sheet roofed house for her family which was impossible before the project. She also reported the increased school attendance by girls who would miss because of a lack of sanitary towels. Further, women in the project can contribute financially whenever other children from the community who do not qualify for scholarships transition to higher levels of education.

Moreover, the REDD+ project has taken over the responsibility of putting up structures and renovating classes so that children have an ideal learning atmosphere. MWCT also runs a scholarship program that supports bright students whose families can’t raise school fees.

The impact of the Chyulu REDD+ Carbon Project on its community and the landscape is immeasurable and evident. It has demonstrated the value that conservation can have on communities, livelihoods and landscapes. The success of such projects plays a critical role in debunking the belief that, communities and nature could not coexist peacefully.

The project still experiences some challenges like wildfires amid all the success but that alone cannot undo the milestones achieved and the potential the project still holds in the fight against climate change.

Nonetheless, individuals, companies and organisations are welcome to visit the location to experience this success first-hand as well as participate in the purchase of the carbon credits to give the project the power it desires to keep serving the community.

All you need is love!