It Will Take Concerted Efforts to Combat Human Trafficking

Developmental delays in children: What you should know

When Lourdes Walusala, a senior producer at Kenya Broadcasting Corporation (KBC), lost her child due to a pregnancy-related complication nine years ago, her passion for advocating for maternal health was ignited.

While visiting a sick friend admitted at Kenyatta National Hospital (KNH) she met another patient who had just had corrective surgery after procuring a backstreet abortion that was unsuccessful.

Lourdes, who by then was in her third year of journalism practice, published an article on safe abortion which caught the attention of the public who in turn started harassing her for “championing for abortion”

“The article elicited mixed reactions and I really faced backlash from people who turned so abusive. I deleted their comments but they still followed me in my inbox and abused me for misleading women by encouraging them to procure abortions,” she narrated, adding that, “they reminded me of the child I had lost due to a pregnancy-related complication and that really hurt me.” she said in an exclusive interview with Parents magazine.

At this time, it dawned on her that online violence was real and that she was actually being harassed. She quickly deleted everything and contemplated leaving the media space. 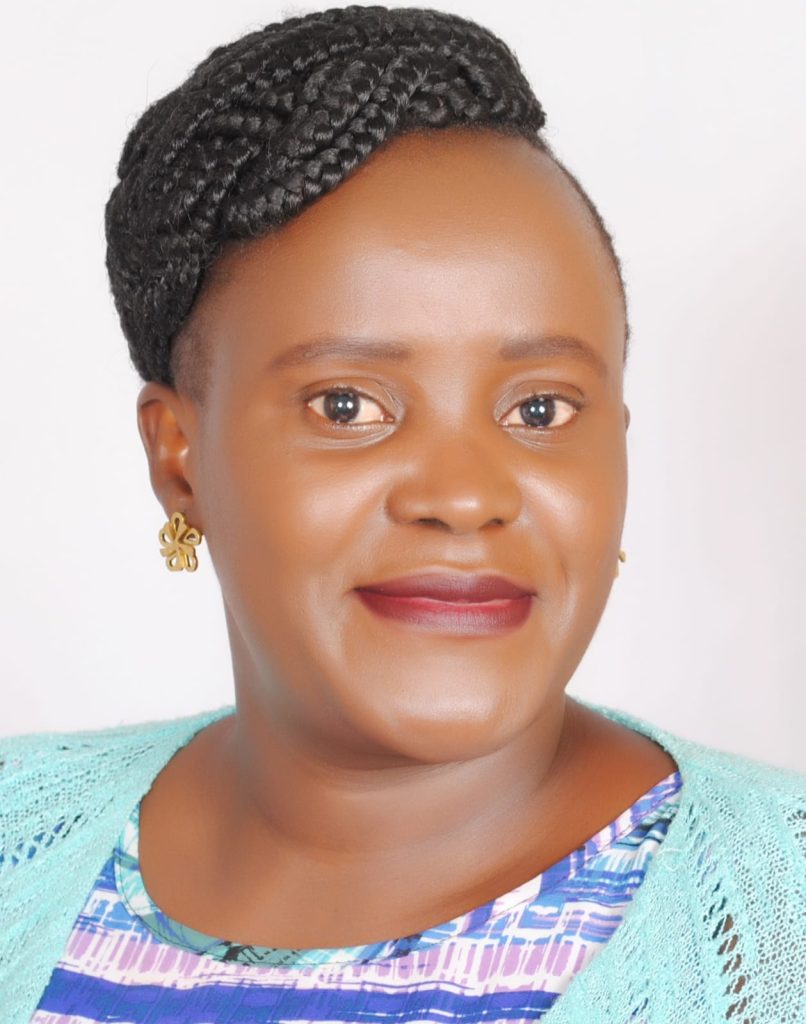 Another journalist, Laura Otieno, who is currently a reporter at Citizen TV, equally faced online harassment from a source who had insisted on having his story published yet it did not meet the editorial threshold.

“I received a call from a colleague informing me that I was trending on Facebook. At first, I thought it was a story I had written that had gone viral, only to learn that I was being abused!” she exclaimed, adding that the abusers took screenshots of her various poses while in the field and posted them on social media.

“The captions said, be aware of this quack in the name of a journalist sleeping around and taking money from clients in exchange for publishing their stories. It was so traumatizing for me so I deactivated my account and I think it takes some days before it actually gets deactivated and during that time people were still sending all manner of messages in my inbox,” she recalls.

Laura decided to take a break from social media and when she decided to rejoin, she was still being trolled.

“I decided this is not worth it, I deleted that account in early 2020, and to date even when I sit in forums and we are told how important it is for journalists to embrace multimedia and use social media platforms, I do not have the courage yet to go back on Facebook,” she told Parents magazine, noting that she only uses Instagram and Twitter just to follow other people.

Both Lourdes and Laura admit to having been traumatized by the online harassment forcing them to take breaks from social media as a way of self-sensor. The incidents also affected them emotionally and psychologically. The two have since learned that most of the time, online violence is not issue-based but is perpetuated around journalistic work to attack women.

According to them, online harassers look at something that will demean women, and most of the time the motive is to get them offline and silence them. They also reveal that online harassment comes in very different forms.

“Online is a very scary place to be in as a female journalist where you have to ignore certain aspects of things that are supposed to be part of your work just because you want to protect your mental space,” Laura said. 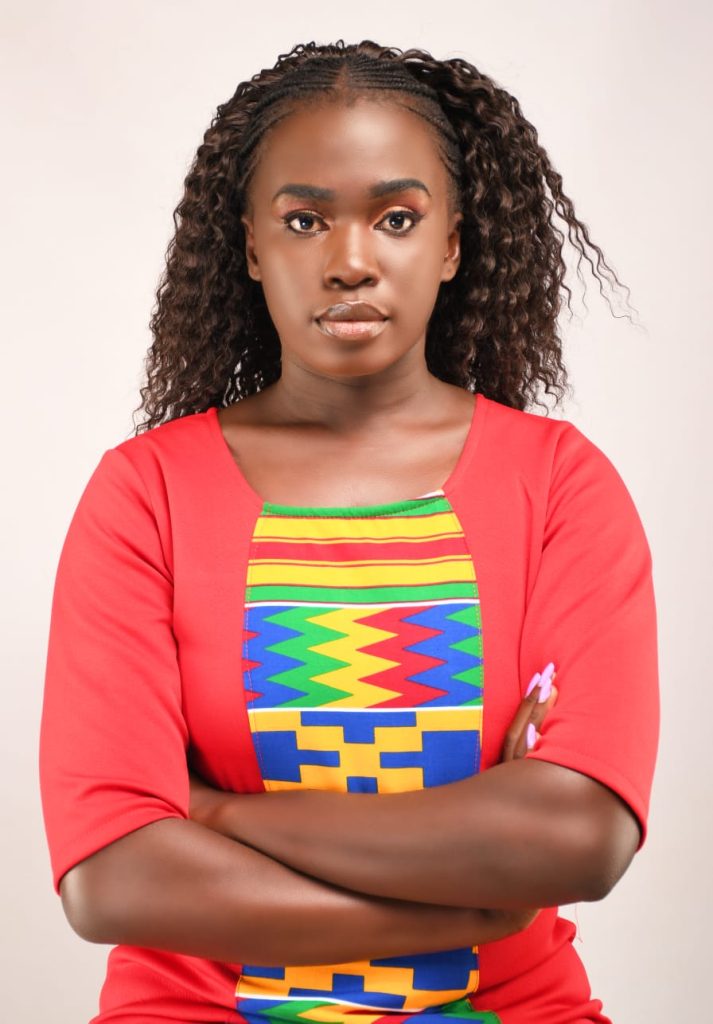 Laura Otieno, a journalist reporter at Citizen TV/Photo by Laura

Both Lourdes and Laura have undergone digital security training courses to help them manage their digital media accounts. They, however, admit that the skills cannot eliminate the comments that abusers wrote while harassing them and cannot plan and say that they will never be harassed again online. Nevertheless, they are glad that they are armed with information and skills that they can now use to report online harassers.

Lourdes describes the experience as baptism by fire that pushed her to develop an interest in digital training workshops. Since then, she has attended a digital security fellowship and other training opportunities where she has gained skills that help her stay safe online.

Mechanisms to reduce the online harassment

The Association of Media Women in Kenya (AMWIK)’s 2021 report on online violence against women journalists, shows that female journalists are harassed online much more than male counterparts in the same industry.

This is because statistically, the percentage of female journalists using social media is also lower compared to the male ones making them a minority group in the digital space. The report also pointed out that the bolder, louder, and more visible a woman journalist is, the more their probability of facing online-related violence.

According to AMWIK’s statistics, 53.7 per cent of female journalists rely on Facebook, 86.4 per cent on WhatsApp, 61.5 per cent on e-mail while 96.2 per cent rely on mobile voice for their day-to-day work.  At the same time, 75 per cent of the journalists interviewed have experienced online harassment in the course of their work.

These cases are evidence of the rise of Technology-Assisted Violence Against Women (TAVAW). Some of the common forms named in the report include cyberbullying, trolling, cyberstalking, defamation/hate speech, online harassment, public shaming, identity theft, and hacking. These cases hinder female journalists from freely playing their watchdog roles because media practitioners rely heavily on the internet to source and share information.

With General Elections only days away, the cases are also increasing, posing a threat to female journalists. It is in this regard that different organizations including AMWIK and Siasa Place, a Non-Governmental Organization that aims to create an enabling environment for women and youth mainstreaming into body politics are now pushing for local authorities to create avenues to report such threats and be taken seriously.

The partnership, which is also between Google Africa and Twaweza Communication, is further working on ways to educate the public and to push for the government to do more to have better structures and laws to protect people online, especially from cyber-bullying and cyber harassment.

According to statistics released by the telecommunication industry regulator, Communication Authority of Kenya in September 2017, the estimated number of data/internet users in the country was 51.1 million. The report further indicates that the number of mobile subscriptions stood at 41.0 million while at the same time, mobile penetration stood at 90.4 per cent.

Researchers say the development of the internet is contributing to an increase in online harassment among online users and therefore call for working framework regulations against it.

READ ALSO: The state of the two-thirds-gender rule ahead of the upcoming general election

In 2018, President Uhuru Kenyatta signed into law the Computer Misuse and Cyber-crimes Bill. Four years down the line, digital gurus say the computer misconduct misuse Act is still vague and punishes people who write while a lot of politicians use it to their advantage based on slander.

They say that when it comes to violence or threat to an ordinary person, the law has a very long way to go because it still doesn’t take these things seriously enough which calls for a lot of work that needs to be done.

“More and more young people are getting online and they are not being taught the etiquette of online engagement and also the fact that the structures that exist, basically that is the law, freedom of expression, the constitution, how we express ourselves, associate with who we can and who we want, have to transfer to online,” Nerima warned.

According to Nerima, it is unfortunate that more people are not reporting toxic content. She encourages that  anyone abusing community guidelines be reported so that their accounts either get removed or blocked for a period while at the same time stopping this from happening to someone else.

It Will Take Concerted Efforts to Combat Human Trafficking